1888: August Rosenberger and his brother in law, Mr. Klein, were partners in a grocery business in Evansville, Indiana. Their business eventually became so large that they had 12 horse draw carriages delivering groceries. One of their customers, a farmer who was unable to make ends meet asked Mr. Rosenberger if he would accept a small shack with one broom machine and one sewing machine in payment for his grocery bill. Mr. Rosenberger wished him well and sent him on his way.

Being the type of man who couldn't own something that didn't work, he went down to the shack with another store employee and the pair of men taught themselves how to make brooms. They then sold the brooms through the grocery store.

In time, Mr. Rosenberger's broom business grew quite large, so he sold the grocery business to Mr. Klein and headed for Wichita, Kansas which was then the center of the broom corn market. There he built his first broom factory and called it the Southwestern Broom Company. 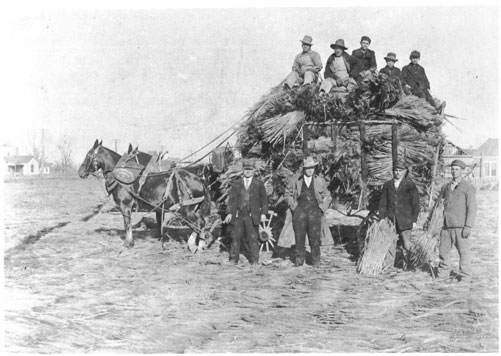 March 7, 1907: August Rosenberger creates the Atlantic Broom Company and purchases the equipment, inventory and contacts of Calvert Broom and Brush operating out of the Baltimore City jail. Records show that the company also operated a plant in Jessup's Cut and in an old church at the current site of The Broom Factory.

1910: Construction begins of the Atlantic-Southwestern Broom Company at 2nd & Toone Street. At that time the factory was located in Baltimore County. 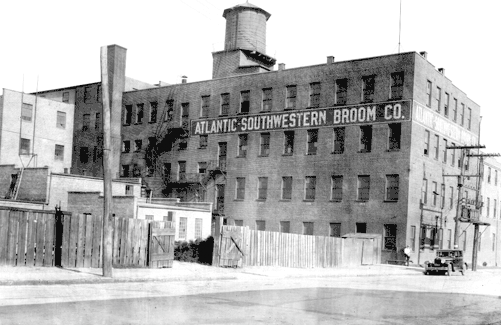 Historic Photo of the Broom Factory

1922: The east building is completed adding 35,000 SF of warehouse and assembly space.

1924: The north building is completed adding 22,500 SF of additional warehouse and assembly space.

1932: The company reaches peak production of 3.6 million brooms and staffed as many as 300. The company served accounts such as Safeway, Giant Foods, The Great Atlantic & Pacific Tea Company and other retailers.

November 1989: After 101 years of operation, The Atlantic-Southwestern Broom Company closes it's doors for the last time.